The world views the elder's life in shades of grey & silver but I believe in a palette full of colours!

Neha Sinha is a dementia specialist and has gained international recognition for creating dementia services in India. Initial work stint of Neha was as a counselor with Sanjivini, a Delhi based non governmental organisation for Mental Health. Thereafter she joined hands with Epoch Elder Care homes as the Head of Operations and later she became the CEO of Epoch Elder Care.

Neha has featured in the Forbes 30 under 30 Asia list 2016. She was a panelist and is one of the 100 selected worldwide participants to be invited for Dementia Forum X, which is under the patronage of Queen Silvia of Sweden at the Royal Palace of Stockholm. In this Forum, Neha has brought focus to the dementia related challenges in India, as a developing country. Given her experience and expertise, she has written many articles and is invited to speak at various forums on dementia and elder care.

She has been passionate about working for the elderly and is committed to bringing a difference in the field of dementia and elder care in India. Since childhood, Neha has been influenced by elders, specially both her grandparents (Dadu and Dida). Neha was the favourite grandchild of the family. One day her grandmother was detected with Alzheimer’s that had an indelible impact on the young mind of Neha.

Enterprising Neha has farsightedness to improve lives of people with dementia and is endowed with sensitivity and belief, grit and passion towards establishing eldercare homes that provides comfort and happiness to elders. The world views the elder’s life in shades of grey and silver, but she believes in a palette full of colours.

As is rightly said, “Culture eats strategy over breakfast”; Neha has accorded distinctive culture at Epoch homes advocating the laws of gratitude, recognition and integrity. Her vision is also to make Epoch a great workplace. Neha envisions creating access to global standards of elder care in India. Deep at heart her goal is to lessen the stigma associated with dementia and assisted living for elders. She spends time in educating people that dementia is a demanding condition and that one must reach out for professional care of their parents to places like Epoch Homes.

The entrepreneur in Neha gets delighted when solving problems and courageously standing and voicing against stereotypes and rhetoric unpopular beliefs. Neha is trained in clinical psychology and palliative care from Stockholm (Sweden). Her interests rest in adventure sports and travelling.

Would like to reach out to Neha? Fill this out.

Through various forums and publications, Neha has shared her insights on various eldercare relevant subjects.

Through her years of experience, she shares her candid thoughts in these musings that captures the essences of life at Epoch!

Here are some more platforms, podcasts and interviews were Neha has spoken! Dementia: myths, fact and all you need to know about the neurodegenerative condition

Dementia is a neurodegenerative condition that affects the cognitive functioning of the brain like thinking, reasoning, and remembering to such an extent that it hinders the day to day normal activities of an elderly individual. It affects...

Effective nutrition care tips for the elderly with dementia

Dementia is a complex disease, chronic and progressive in nature, in which cognitive functions such as thinking, remembering, reasoning and behavioural abilities deteriorate. Due to this loss, a...

We had the pleasure to interview our dear friend Neha Sinha, cofounder and CEO of Epoch Elder Care, an assisted living provider in India. Neha is a passionate specialist and advocate of dementia...

In recent years, healthcare has become an integral part of the business ecosystem in India. Successful healthcare entrepreneurs are making valuable... 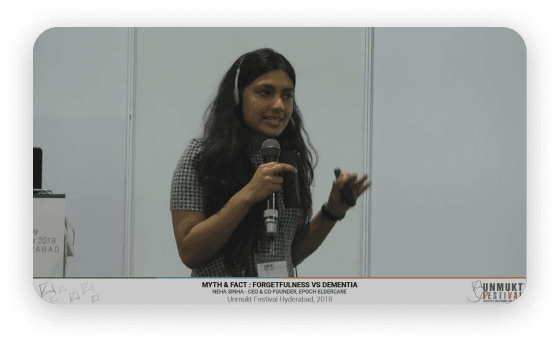 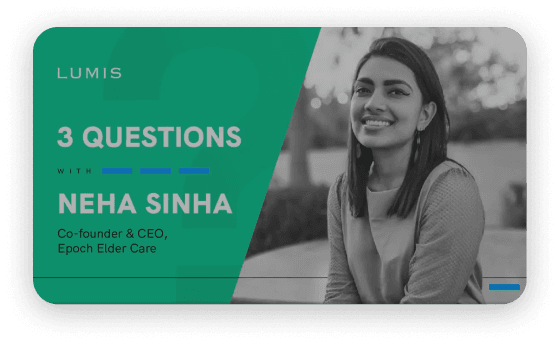 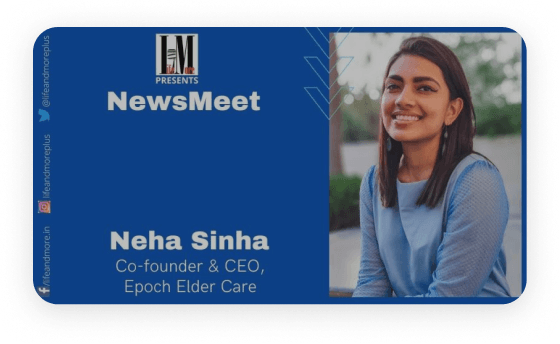 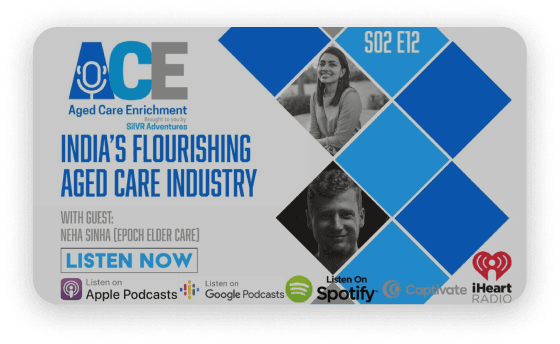